Windows 11 is here. Are you ready for the upgrade? 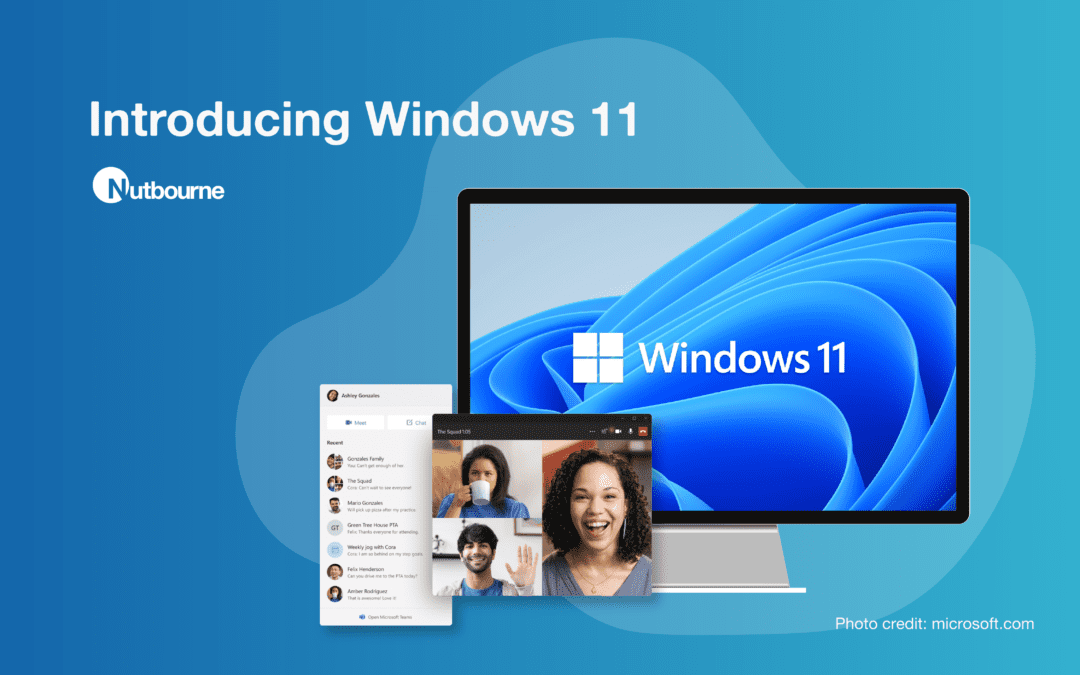 That’s right, Windows 11 has arrived. Some of you with newer machines may have received a prompt to upgrade for free already! Windows 10 came out over 6 years ago now and was initially marketed as “the last version of Windows”, indicating that it would be continually updated, rather than the more regular major versions. To be fair to Microsoft, this has indeed been the longest we’ve gone without a whole new version of the operating system, narrowly overthrowing Windows XP’s reign as the king of longevity. However, this couldn’t last forever and thus, welcome to Windows 11.

Windows 11 comes with a host of new features, most of which are minor improvements to aesthetics and functionality. For starters, there are a few things you will notice straight away. For example, Microsoft have decided that curves are cool again, so now each window will have Apple-esque rounded corners. Also mimicking Apple’s MacOS / OS X are the icons being centred on your taskbar. It all looks quite sleek, but in reality, it isn’t going to make much of a difference, other than having to relearn a bit of muscle memory when navigating to the menus. You can always just move it back if you don’t like it!

There are some features that are intended to help you streamline work and could be quite useful. Notably, there is the new Desktops feature. This allows you to set up several different versions of your desktop. At first, this could sound confusing, but it’s very simple. You simply click on the new task view button in the taskbar and you can switch between different desktops. This won’t be something everyone will utilise, but if you have a multi-faceted job or are working on many projects, you can isolate work into different sections, with all the relevant files, folders and apps you need. If you use your own device for work, this can also be a good way to separate work and personal use.

Another handy feature is the snap assist. Previously, it could be difficult to organise your workspace when you have several windows that need your attention. Now, you can easily snap windows into different layouts by hovering over the minimise or maximise button on the top right of a window.

Whilst these features can all be useful in the workplace, the key change comes in Microsoft’s focus on security.

Windows 11 has many security features, such as kernel data protection, memory integrity, application guard and the Hello enhanced sign-in, which all rely on VBS (Virtualisation-based security). This requires a lot of resources to run alongside normal use without the user noticing a dip in performance. Extra security is generally a good thing, however, there are some hardware requirements that will have an impact on who will be able to upgrade straight away.

Unfortunately, a couple of these requirements mean that some hardware, even machines built just a few years ago, may not be compatible with Windows 11. In particular, there is a limited list of processors that are approved to work with the new OS. When we say limited, this list almost exclusively consists of CPUs that were released in the past 3 years.

Another rather tricky requirement is TPM 2.0. This is the Trusted Platform Module, which is a small chip with an integrated cryptographic key that is another layer of security against malicious attacks. Whilst hackers can, naturally, potentially edit software on a computer, it is impossible for them to gain access without the cryptographic keys. The TPM chip is contacted by the other security systems in the PC for permission before they do anything. This does mean that security is greatly increased in Windows 11 by default, but again, TPM 2.0 is not widely used yet.

Should you upgrade to Windows 11?

In a couple of words; not yet.

With every new major software release, there are going to be bugs. For instance, as part of Microsoft’s admirable stance on security, VBS (Virtualisation-based security) is enabled by default, which can cause issues for users that work with graphics heavy processes, such as those in the video games industry. This is an issue because it uses the same resources and therefore can affect PC performance. We always recommend waiting until these kind of issues are squashed to upgrade or else you could run into issues and it’ll be more hassle than it is worth. Windows 10 will continue to have support until 2025, so there is plenty of time to make the jump.

Another reason to wait is that you’re more than likely going to need to purchase new equipment so it is compatible with Windows 11, despite their claim that it is “available on the widest array of choices in devices”. Many companies will not have upgraded their machines in the last few years, so will not have TPM 2.0 or the processors required. There is, of course, availability should you wish to get hold of Windows 11 faster, but there is no harm in waiting a little while if need be.

Whether you’d like to wait for the upgrade or get a head start and upgrade now, it’s best to make a plan straight away. Nutbourne have a huge amount of experience rolling out major software updates across companies in every industry.

So, if you’d like to find out more about our software management services or our work more generally as a London managed service provider, then get in touch! Contact Nutbourne today on +44 (0) 203 7273 or by filling out an enquiry form on our website.