What’s The Difference Between 4G & 5G? 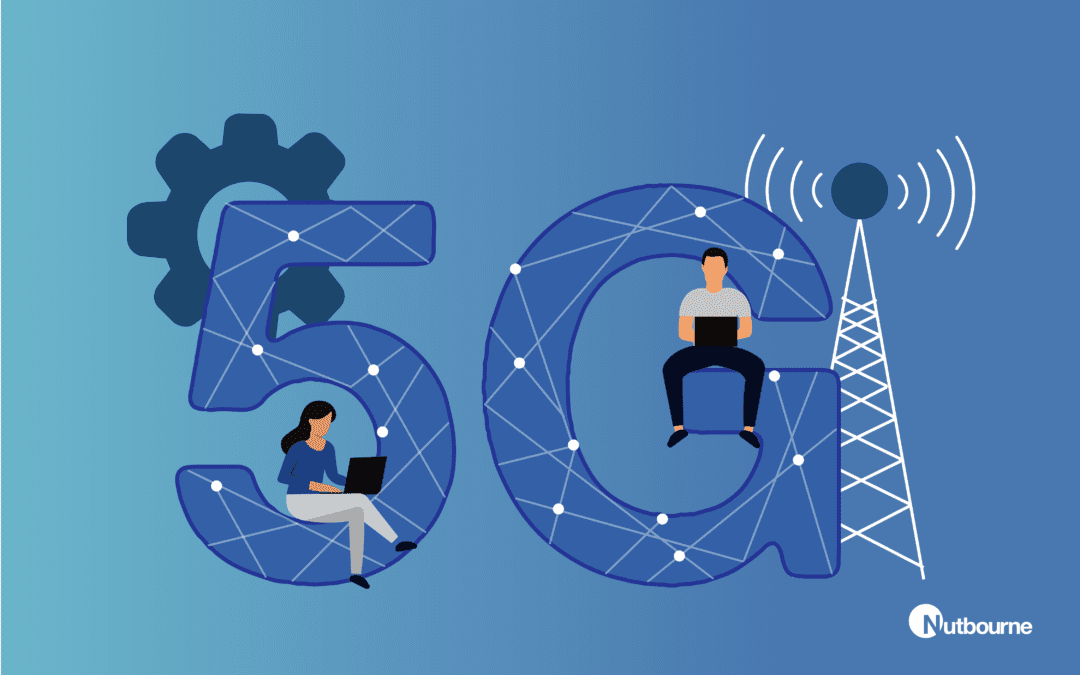 It seems like only yesterday that the 4G network was being rolled out nationwide, and not too long before that that 3G was the talk of the town. Now, though, 5G is all the rage with the fifth generation of broadband cellular network technology being implemented as of last year. But what is 5G and is it really all that different from 4G? The team here at Nutbourne provide managed services here in the UK (in London, in particular). We wanted to explain the differences in a little more detail.

Faster speeds are probably the most noticeable difference between the 4G and 5G networks. The 5G network is thought to be up to 100 times faster than its predecessor; the 5G network provides the sort of download speeds that mean hefty files that would’ve taken hours to download on the 3G network, and still many minutes on the 4G network, can be downloaded in just a few minutes, if not seconds. That’s seriously impressive stuff. Built on higher frequency airwaves, the 5G network is capable of transmitting data more quickly (and just transmitting more of it full-stop) hence the quicker speeds.

For many people, ‘bandwidth’ is just an IT buzzword. A piece of jargon that means anything and everything internet-related. What bandwidth actually refers to is the maximum range of data capable of being transferred across a pathway (eg. network, digital or data). In real terms, in an internet context at least, the higher the bandwidth the better. That’s pretty much all you need to know; a higher bandwidth produces faster application performance, enables the support of a greater number of concurrent sessions, reduces the likelihood of ‘crashes’ and a great deal more benefits.

Bandwidth refers to capacity rather than direct speeds. A good way of thinking about it is the overall size of the pipe rather than the flow rate. 5G offers greater bandwidth than the 4G network, almost five times greater in fact.

Latency refers to the measure of delay in a system; in other words, it marks the length of time for data to be transferred across a system. Looking at it another way, if a user actions something on a the web, and the application responds; the latency is measured as the delay between the action and the response. Onn the 4G network, average latency was already much improved upon the comparatively slow response times of the 3G network. For the 4G network, you can expect to see an average latency of between 30 and 50ms. On the 5G network, however, this has been reduced significantly. You can expect to see average latency times of around 20ms, though often it will be pushed below 10ms which would’ve been unheard of even a decade ago.

The industries seeing most benefits from the rollout of the nationwide 5G network are as follows:

There will almost certainly be a commercial ‘6G’ network, although it’s probably still a decade or so off. Having only just rolled out the current network, both businesses and individuals have only just scratched the surface in terms of what this ultra-fast network can provide them.

So, if you’d like to find out more about our work as a managed service provider, then get in touch! Contact Nutbourne today on +44 (0) 203 137 7273. Alternatively, you can fill out one of our online enquiry forms. We look forward to hearing from you and seeing how we can help your company move forward with its IT.