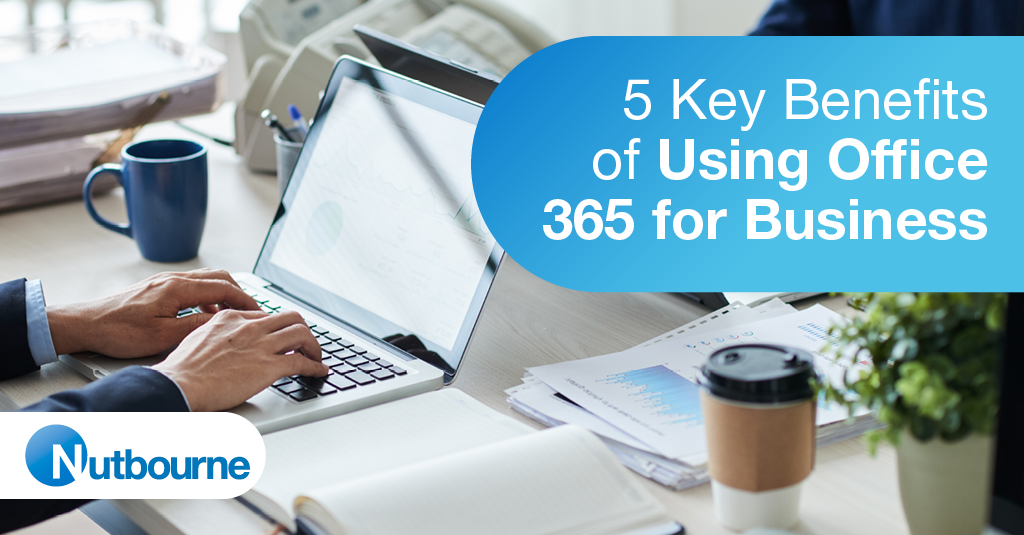 Microsoft 365 (formerly Office 365) has a number of benefits for businesses. Aside from being highly compatible with most devices, it comes with numerous tools and applications that easily integrate with other software and platforms. It’s also among the easiest suites to use because most people will at some point have experienced an Microsoft 365 app – Word, Excel, PowerPoint and Outlook being among the most common.

Still not convinced? Here are 5 more reasons you should give it a go…

M365 uses OneDrive, a cloud-based storage hub which allows users to store files and documents centrally. It means that users can upload their documents to OneDrive and access them form anywhere, which is particularly useful for mobile workforces or those that work remotely. It also feeds into the collaborative nature of M365 and is a key factor in its ability to foster productivity. By allowing people to view, edit and share documents simultaneously, it helps teams to avoid duplication of work and stops them from generating multiple versions of the same document.

Because Microsoft is, by and large, on the ball with technical updates and patches for its products, 365 will auto-update once you’ve bought it. What does that mean exactly? Well, it means that your suite will be secure and will also be continuously improved – all of which costs you nothing. That may not seem important, but it’s pretty common for outdated software to  be slow or unresponsive which has a knock-on effect for productivity. We’ve all experienced the spinning wheel of doom, right? It also fixes any glitches that cyber criminals could exploit – so it’s a win-win.

It’s pretty easy to scale Microsoft 365 up or down, depending on your business needs – which is ideal for SMEs and start ups in particular. You can choose pricing plans according to current demands and add or remove licenses for users as and when required. Again, this might not seem like a big deal, but when you forecast company growth you need to have a strategy and execution plan in place for your IT needs – it’s what will underpin your growth after all. Being able to scale flexibly will not only allow you to seamlessly support company growth, it will also allow you to keep costs transparent.

As workforces become more mobile, the need for seamless communication and connectivity has increased. The suite provides users with social networking platforms, such as Yammer, allowing them to chat, connect and share ideas that will help in both daily operations and in the expansion of the business. It also means that users can have an informal but business-centric means of communicating.

Round the clock support

As you’d expect with a Microsoft product, you get 24/7 support with 365 should something go wrong with it. You can access their technicians over the phone or via the web – which is handy if your MSP doesn’t do out-of-hours support, or if you don’t have an MSP in the first place. Most businesses can ill-afford a disruption, however small that disruption may be, so having a team on hand to fix any issues with Microsoft 365 gives you both peace of mind and reassurance.

For information and support with Microsoft 365 and its associated software, contact us via Nutbourne.com